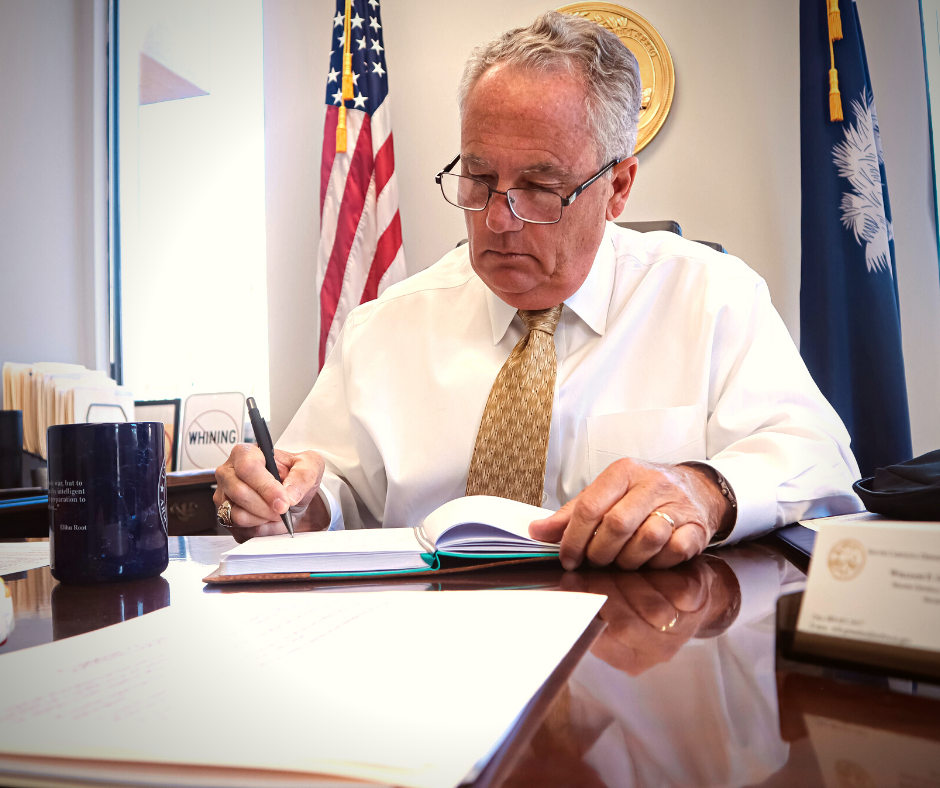 COLUMBIA, SC - South Carolina Department of Veterans' Affairs Secretary Will Grimsley has issued a statement regarding an opinion article recently published by the Post and Courier of Charleston.

The article posted by editorial staff members, and written based on opinion is entitled "Editorial: SC military pension bill not quite what it's cracked up to be." CLICK HERE to read the full Post and Courier article.

Secretary Grimsley indicates in a personal letter written to the Post and Courier that he believes the article "misses the mark" when addressing the intent behind legislation (Workforce Enhancement & Military Recognition Act - H.3247) meant to support military retirement pay exemption, and attract newly-retired Veterans to the Palmetto State workforce.

Secretary Grimsley has since spoken at length with one of the news managers at the Post and Courier regarding the article and his letter submitted in response, which is outlined below.

SECRETARY GRIMSLEY'S FULL STATEMENT emailed to the Post and Courier on February 16th:

I read with interest your recent opinion piece concerning legislative proposals to eliminate state income taxes for military retirees. While I share your desire to take actions that both improve the South Carolina economy and provide good jobs for Veterans, I believe your assessment of these legislative proposals misses the mark.

An 18-year-old South Carolinian who enlists in the US Armed Forces is eligible to retire at the age of 38.  While all Veterans are valuable to South Carolina, this is the retiree most beneficial to the South Carolina economy, and the one at the very height of his or her productivity. Today, South Carolina does a poor job of competing for this Veteran. As your article correctly points out, only about 3% of our current population of Veterans are military retirees between the ages of 38 and 60. The truth is that those Veterans who are most likely to find jobs and make decades of contributions to the economy find other states – such as the 35 that already exempt military retirement from income taxes - more attractive.

The legislative proposals now under consideration would help level the playing field and make South Carolina more attractive, not to the golf-playing retiree your piece imagines, but to the 40-year-old retiree with a family to provide for, two decades of unmatched experience in demanding positions, and a demonstrated ability to lead diverse teams in complex circumstances. This is the Veteran South Carolina needs; the question is whether we want to be the state that the Veteran needs.

In my first two years as the South Carolina Secretary of Veterans’ Affairs, I have been struck by one surprising realization: the demand for quality Veterans among South Carolina employers far exceeds the number of Veterans we are attracting. I hear this repeatedly from those seeking my assistance in finding Veterans to enhance their workforce. These legislative proposals will go far to remedy the shortfall, and simultaneously enable more of South Carolina’s Veterans to thrive.

I would welcome an opportunity to discuss this topic in depth with you at your convenience.